When we moved into our apartment back in December,
we had almost everything we needed.
We had bought a brand new set of couches and coffee tables
and also a new queen size mattress
(super comfy)
but one thing we didn't have was a table.
We weren't too concerned about buying an expensive table.
We didn't have much room for a nice big table like we wanted anyways
so we bought a cheap table from Walmart and agreed
it would be a porch table when we move.
The table was supposed to be $115
but when we went to pick out the table
we found one in the back of the stack priced for only $99
exact same table just older model.
Cant say no to saving a few dollars!!
The table has done well by us,
but we don't really like it.
AND IT SHOWS!
The table currently is covered in my crafts.
It has paint, hot glue, and other scuffs all over it and the chairs get FILTHY!!
My daughters chair especially.
I wish I would have taken a pic before I shampooed them 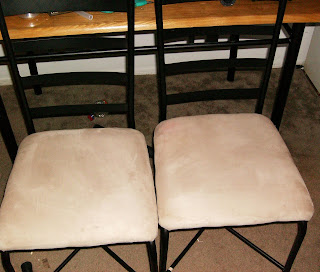 The fabric is kind of a cheap form of microfiber/suede type stuff... 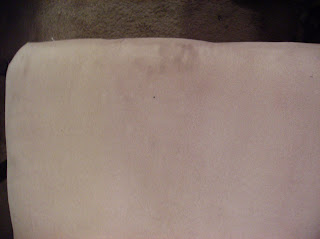 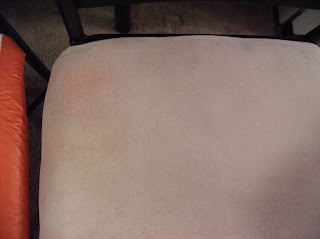 Well, after having to clean them for the umpteenth time
I decided to recover them.
The biggest impact on this project was the fact that i didn't want to spend much.
I thought and thought, and came up with a solution
I considered using oilcloth, but I don't have a fabric store nearby that carries it.
Plus, it would be a bit too expensive for my budget
My alternative?? 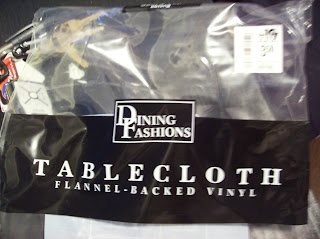 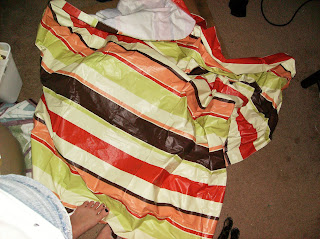 Only $3.50 at Big Lots
( I actually only paid $2.80 because of rewards card)
and a bunch of Tacks
I considered upholstery tacks ( $1 for 30)
but I went for the cheaper plain tacks (47 cents for 40)
if you do this project,
spend the extra money for the upholstery tacks,
its worth it!!
( I had a majority of the tacks break.. SO frustrating)
Now to the process.
I removed the seat from the chair and cut a proper sized piece 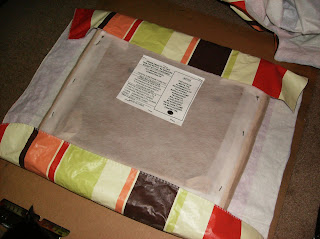 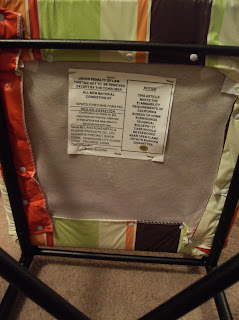 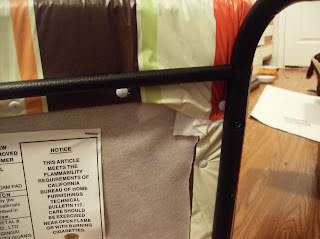 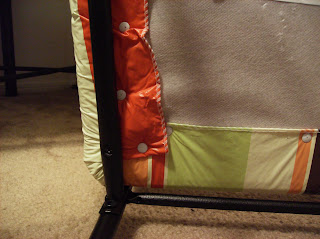 Now...
Here is the before 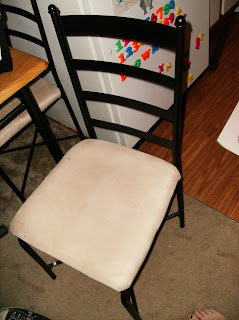 and here is the after 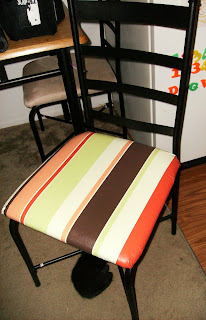 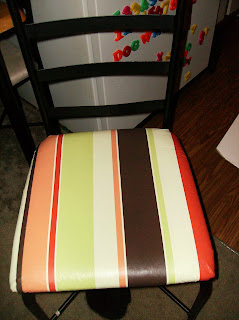 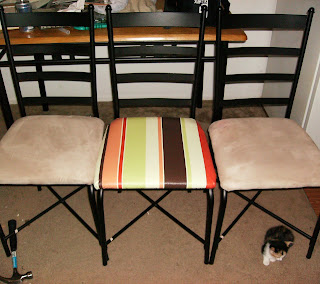 The best Part is the Functionality!!
When my daughter spills something on the chair or
decides to be ornery and draw on the chair..
IT WIPES RIGHT OFF!! 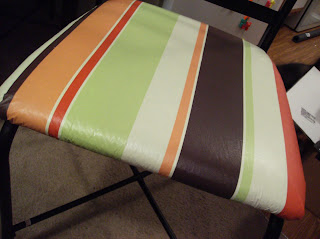 Another benefit, is that i if it rips or anything, i didn't spend alot on it,
and it wouldn't be that much to recover it
( i still have quite a bit leftover)
and i can change the style easily,
and anytime i want 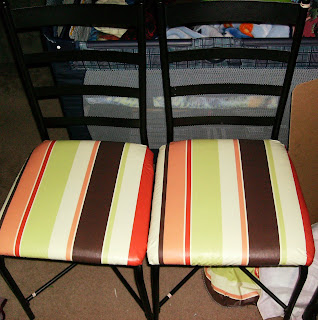 Dollar Tree has Vinyl Table covers for $1 to save even more....Great idea....

Thanks for checking out my blog!!